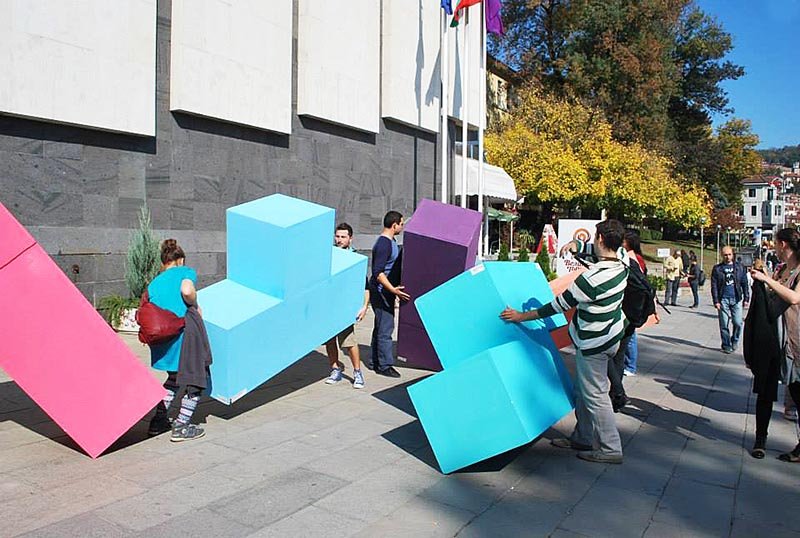 What is the European Capital of Culture ECOC?

It is an EU initiative conceived as a means to bring the different European peoples together and for them to discover each other's cultures. It has two main themes:

The City and Citizens

What is the European Capital of culture NOT about?

This is the European Capital of Culture. It is not the Bulgarian Capital of Culture. A city is not designated Capital of Culture solely for what it was, what it is or what it does. That is to say that whilst Veliko Turnovo has many wonderful cultural assets and a rich cultural history but this is not so important. The title is awarded principally on the strength of the specific program of innovate and engaging culture events which it proposes to organize in the year of question. It needs to demonstrate the capacity to deliver this program and to ensure that the program fits in with the two main goals concerning the “European Dimension” and the “City and Citizens”.

What are the practical consequences for the successful candidate city?

In the first instance it is worth pointing out that win or lose the very fact of preparing the candidature bid has been an opportunity to analyse and rework a new vision of the city, the territory in which it is located and its alliances with other European cities.

If we win the bid then the bulk of the events will be delivered in 2019 however a series of events are planned in the period leading up to 2019 and for the years after.

In terms of financing the Melina Mercouri Prize of 1.5 million Euro is given by the European Union for the winning city subject to certain requirements. The costs however of the event itself will be significantly higher. Other sources of finance will include: the State, the Municipality, sponsorship, donations, revenue generation and other European Program Funding.

There are significant costs associated with being the European Capital of Culture however there are enormous benefits for the city in cultural, social and economic terms. It is a unique opportunity to regenerate the city, to change it’s image and to make it better known at the European and international scale, which can help to further develop tourism. A study by an independent expert on the 1995-2004 European Capitals of culture shows that 80% of people in charge of the event, who replied to the study, thought it was the most beneficial cultural manifestation for their city and that it boosted their development . Some past successful Capitals evaluated that each euro invested in the event generated an additional 8 to 10 euros. Consequently, the event can contribute to growth and employment.

How long have there been Capitals of Culture in Europe?

Which are the current European capitals (2014)?

Riga (Latvia) and Umea (Sweden) are currently in the throws of being the 2014 European Capitals of Culture and have organised extensive programmes of different events, from music, dance and theatre, to film festivals, fringe festivals, exhibitions, art showings, conferences, open-air events, etc.