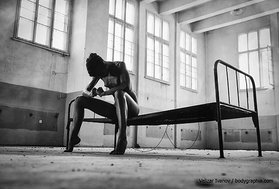 25 photographers from Turkey, Romania and Bulgaria participated in this year’s edition of the symposium. 87 photos from the weeklong event are on display in Rafael Mihailov Exhibition Centre until the beginning of September. After that the exhibition will be shown on Photovacation event in Primorsko and later in October - in Sofia.