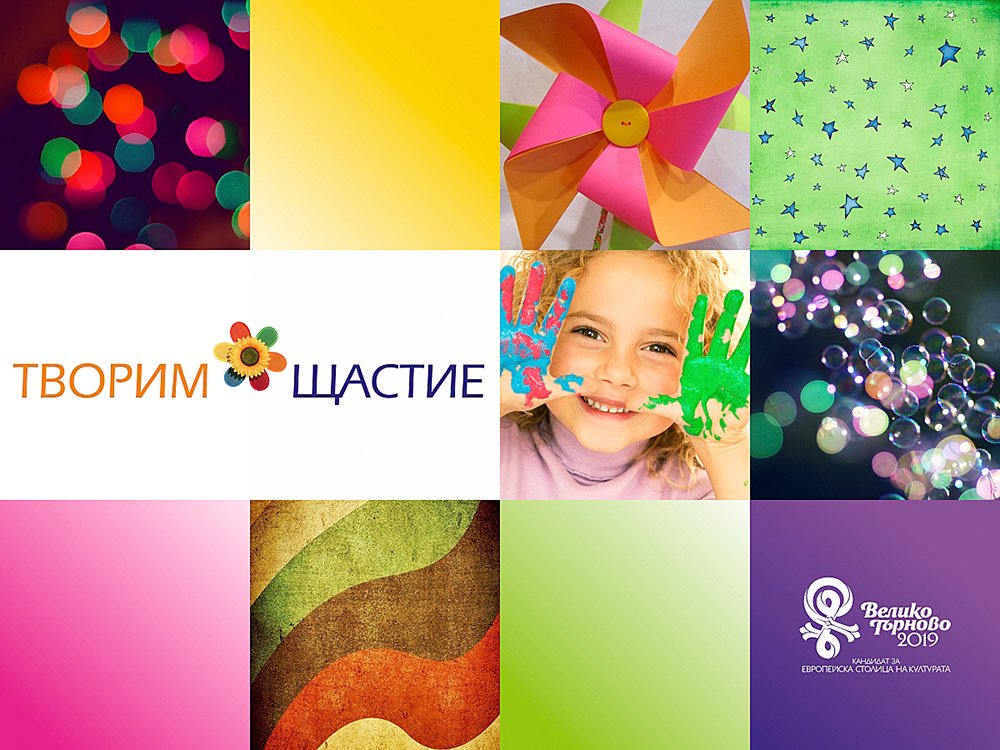 It’s called Veliko Tarnovo – the soul of Bulgaria, the spirit of Europe. And if it is to be defined in a single word, it’s a Phenomenal City. Every step here measures eternity - historical layers dating back from Prehistory, Antiquity, the Middle Ages and the Revival are superimposed one upon the other. This high cultural value is supplemented by the complex exchange of influences in the country acting as crossroad between the East and the West. The town represents unique symbiosis between architecture and nature.

The XIV century Tarnovo Literary School originated the most significant cultural messages to the Eastern Orthodox people and countries. Bulgarians were bearers of achievements and ancient heritage of Byzantium. The Old Bulgarian language was one of the three classical languages in the Medieval Europe, along with the Ancient Greek and Latin, and Tarnovo was spiritual centre influencing all Europe. Architectural and pictorial schools originated here, too.

Today, the town is not only the proud successor of its past and its architectural heritage. Veliko Tarnovo is the administrative centre of the largest area in Central Northern Bulgaria, the region of Veliko Tarnovo. It is situated on a strategic central location, part of the Trans-European Corridor number 9, North – South/ Helsinki – Istanbul/ and the East – West highway, intersection point of all major road arteries on the territory of Bulgaria. Danube River connects the region with its neighbouring region in Romania. Veliko Tarnovo’s population exceeds 80 000 people and it is part of the second large agglomeration in the country comprising around 130 000 people, and the number of inhabitants of the town and its supporting region amounts to approximately 300 000 people. It is an important economic, educational and cultural centre of national and international value.

Although history is one of the greatest assets of Veliko Tarnovo and the region, the town is oriented towards the future, where people and their achievements in the sphere of knowledge, culture, lifestyle, and their ability to create and share their experiences will be its main capital. Such skills and competences will shape the new European heritage.

The underlying idea of our candidature is that arts, culture and creativity will play an important role in increasing the well-being of people and society, not only in economic aspect, but as a perception of happiness, as well.

It sets the beginning of a process, which in a very near future would suggest changes in the individuals in terms of their personal development and setting up of a healthy and prosperous society not only on a local level, but also on regional, national and even, European level.

The concept consists in a platform, which will attract and gather individuals with well-developed sensitivity, who can see that Europe and the whole world are ailing and who wish to help. It will need people, cities, countries, which can show their sympathy, expertise and capacities. We are confident that culture and arts can breed and develop these characteristics. And it is not a single person, but the group of people, not a single town, but the community of towns, and not a single country, but the partnership of countries that will be able to achieve the change.

The concept reflects not only the local need of serious reformative activities in the sphere of culture; these are needed and anticipated in every Bulgarian town, as well.  The concept sets as its goal to collaborate for their formulation and implementation on a national level.

The idea is to outline the deserving place of the Bulgarian culture, which will then naturally flow into the common European cultural processes. Furthermore, it is to enrich the national concept of Bulgarian culture, to provoke a debate and encourage elaboration and application of new policies, related to the so badly needed change in the quality of life of Bulgarian citizens, emphasising on the role of arts, culture, creativity, heritage, and education.

On a national scale, the goal is to provoke a debate and to encourage elaboration and application of new policies, related to improvement of the well-being of the single person and of the society as a whole, by emphasising on the role of arts, culture, creativity, heritage, and education.

In European aspect, the concept represents an invitation to the future Members of the European Parliament (2014 is the year of the elections for new European Parliament) to pay considerable attention to culture and to undertake the necessary steps for its inclusion as an indicator when measuring the quality of life – individual’s achievements and development, and his/her family, the community and the society, and of the activities performed on the different levels of governance, with its final goal being increasing the happiness of Bulgarian and European citizens.

The concept is an invitation to the European partners for establishment of network of cities, which take care for the well-being of their citizens, sharing their pursuits to happiness.

Associating culture with measuring of happiness provides an opportunity to expand our knowledge about the parameters of culture influencing the individual and the society and to instigate formulation of new messages and new policies.

Creativity, freedom of expression, and culture seem to be the way for everyone to achieve a higher level of education and preparedness, higher form of sensitivity and attitude towards the surrounding world. These provide us with an opportunity for self-perfection. Through them we develop our attitude, care and responsibility to others, to nature and to the heritage, we will leave behind.

The concept’s priorities are the following main challenges: increasing the quality of the cultural product proposed; quality and applicability of the creative skills and innovative thinking; increasing involvement; cost-efficient use of resources. These challenges form not only an important part of the way to achieve the goals of Europe 2020 strategy for an intelligent, sustainable and involving growth; they also help in defining new indicators of their progress, concerning quality of life, social issues and sustainability.

More and more scientists and governments ask themselves the question of how to measure the quality of life of people.

In 1970, the King of Bhutan introduced the term „Gross National Happiness”. This means that the country is to develop on basis of values, everyone believes in. The happiness index comprises the prerequisites for universal happiness – ranging from protection of natural resources through promoting national culture and provision of democratic governance.

In 2013, the British Office for National Statistics for the first time added art and culture to the survey titled „Measuring the national well-being”.

This is a recognition of the importance, which arts and culture have for prosperity of people and locations.

"Participation in cultural activities considerably improves health and satisfaction of life" – this statement is from a similar survey, carried out by analysts of the Scottish government and published in 2013.

The Mayor of Vilnius proposed to install a screen on the wall of the municipal building, which will act as "Happiness Barometer" and will monitor the mood in the Lithuanian capital. The Happiness Index will be calculated through messages, sent by the local residents over their mobile phones and computers.

Numerous people claim that investments in culture and education will reduce expenses for healthcare.

Citizens insist on a society with less physical and mental problems, and greater amount of joy and satisfaction.

Can creativity, arts, and freedom of expression make us happier?

„Creating Happiness” is a concept, placing the public focus on arts, culture, heritage and prosperity as strategic and research resource for personal and public development.

This is the contribution of Veliko Tarnovo to the world’s positive change, so needed by humans today.

The concept will not be a mere collection of „happy” stories. It is the beginning of a long process.